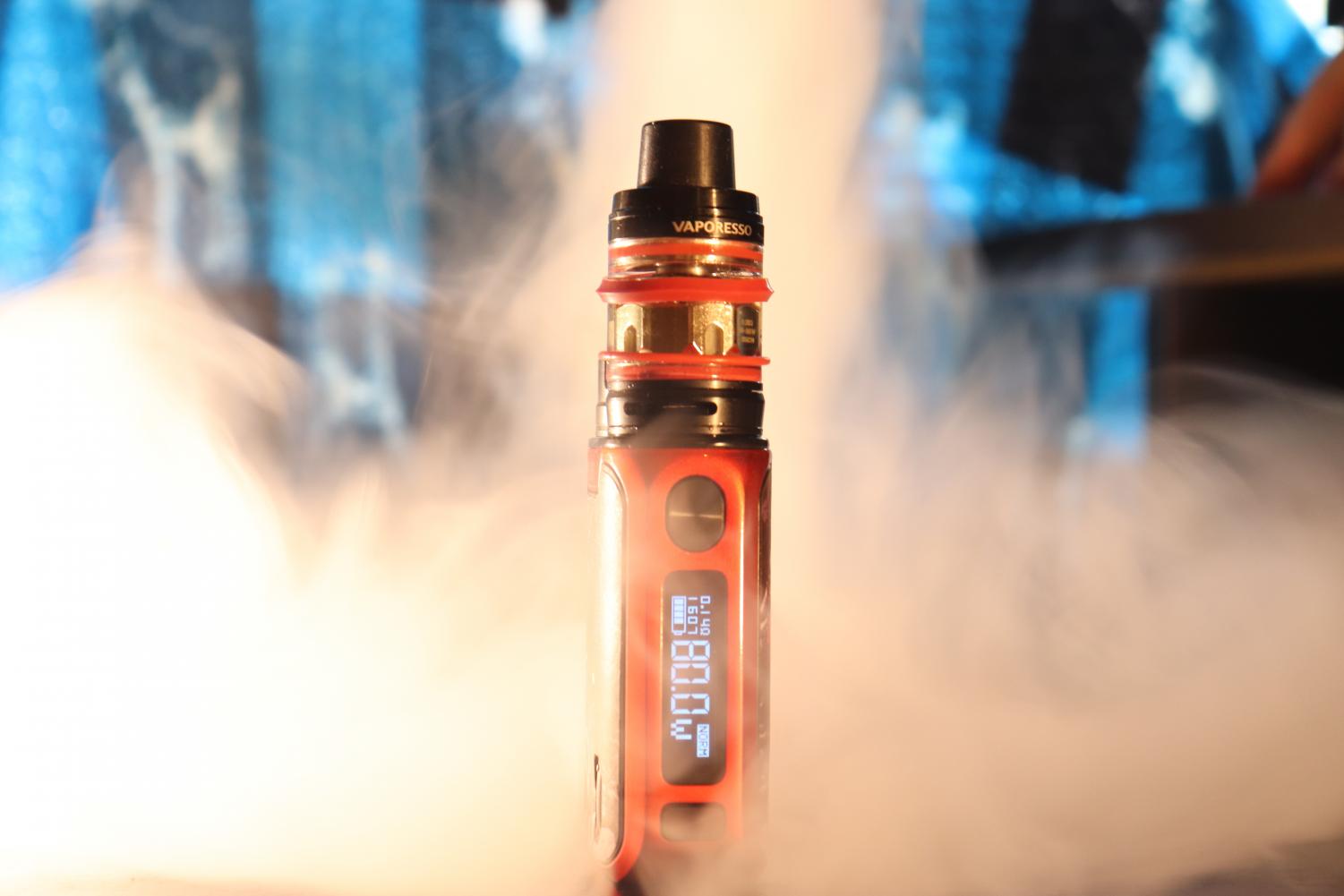 Anthony Baez, 19,  has been vaping since he was 8-years-old after seeing his stepfather do it. His stepfather believed it was going to help him quit smoking, and it worked, but once Baez saw his neighborhood friends with vapes, it was peer pressure that made him try it.

Vaping among teens is on the rise and with it comes dangers that are not completely understood. The Center for Disease Control and Prevention (CDC) says that throughout 49 states in America there have been 2,051 cases of lung injury and 39 reported deaths caused by vaping electronic cigarettes as of Nov. 5. This has caused 12 states to ban the sale of flavored electronic cigarette juices and many more are looking to do the same.

President Donald Trump plans to reveal a proposal to raise the age of purchasing an electronic cigarette this week to keep children away from these products.

“We have to take care of our kids, most importantly. So, we’re going to have an age limit of 21 or so,” Trump said on Nov. 8. In the current plans to raise the price of electronic cigarettes, the price would be higher than that of traditional cigarettes.

Years later, Baez still vapes, but now he can buy it legally. Looking back on his earlier decisions he agrees with Trump’s impending changes.

“I don’t think it should be legal for kids my age,” Baez said. “It should be more regulated in the United States.”

Gabriel Doolittle, a freshman at MIHS, thinks raising the age to purchase vaping products could send teens back toward buying cigarettes at 18 rather than decrease the purchase of nicotine products.

HEALTH CONCERNS ON THE RISE

Some of those facing health problems are underage users who do not admit to their parents and doctors that their symptoms might be related to their inhaling the vape juice ingredients. Although many are worried because of the number of users who have been hospitalized, the exact relationship between electronic cigarettes and the multitude of health problems is still not fully understood.

Vapers have been admitted to hospitals with symptoms of coughing, shortness of breath, chest pain, nausea, vomiting, diarrhea, fever, fatigue and weight loss. In addition, some of these lung injuries have become fatal. With the recent deaths, the CDC and doctors are trying to determine what is causing the problems and whether the belief that electronic cigarettes are safer than traditional cigarettes can be verified.

Researchers believe that nicotine is not the cause of these symptoms but it is still one of the ingredients in the vapor that is inhaled. This does not mean that nicotine is good, users can still get nicotine poisoning and can get addicted to this product which could cause lung and throat cancer, as well as respiratory problems.

“It is popular among teens because it delivers the drug easily and quickly,” said Jim Rich, student resource officer for MIHS. Rich has seen a decline in “regular tobacco use therefore companies have other ways to capture the market that are wholly unhealthy, in my opinion.”

Juul Labs, an electronic cigarette company, has been criticised for its advertisements claiming that Juuls and other vapes are safer than smoking traditional cigarettes which has not been proven by the Food and Drug Administration (FDA). An average Juul pod, the cartridge that holds the chemicals and flavor in vapes, contains 50 milligrams of nicotine, while the average milligrams of nicotine in a cigarette pack is about 40 milligrams according to National Institute on Drug Abuse.

Two surveys published this month in the Journal of the American Medical Association, show that nearly 60% of high school students and 54% of middle school students reported that Juul was their e-cigarette brand of choice.

Juul seems to be falsely advertising their products as a safer alternative, but the difference between electronic cigarettes and traditional cigarettes is with the technology in these vapes that allow a user to modify the amount of heat within the vape to cause a different amount of vapor and users can choose how much nicotine the juice contains.

WHAT’S IN YOUR LUNGS

According to a report from PBS, electronic cigarette juice contains propylene glycol, glycerin, flavoring agents and nicotine. PBS reported that Daniel Conklin, an environmental cardiologist at the University of Louisville, claims regular and e-cigarettes form  similar kinds of chemicals, the amount of harm is dependent on the ratio of the glycol and glycerin in the electronic cigarette’s juice. All of these ingredients are approved by the FDA as safe for human consumption, but when they are mixed and heated, compounds like formaldehyde and acrolein are formed. Formaldehyde is one of the ingredients in cigarettes that the National Cancer Institute claims causes cancer.

One connection between those who are being hospitalized for vaping and the ingredients in their vapes is the presence of THC,or tetrahydrocannabinol — the chemical responsible for most of marijuana’s psychological effects.

One cause for alarm is if the THC in a vape juice is not in its pure form, but rather cut with a product called vitamin E acetate, a substance that is less expensive than the drug itself.

In California, a company called CannaSafe, one of the leading cannabis testing facilities in the nation, ran a small test, requested and paid for by NBC News, using legal THC products as well as illegal black market THC products. During this test researchers focused on which products containing vitamin E acetate the product which is suspected to cause lung cancer.

THE EFFECT ON MCDOWELL

According to a survey taken in 2018 by National Institute on Drug Abuse, 27.8% of seniors in high school had vaped an electronic cigarette and a year later that number had risen to 37.3%.

In McDowell, Jim Rich, the student resource officer, has also seen a rise in vaping and is trying to decrease its use by creating rules on the McDowell campus.

“In our school the consequences for anyone in possession of a vaping device, parts, juice or anything associated with vaping is three days of in school suspension, a $150 fine and seizure of the device for a first offense,” Rich said.

For subsequent offenses a student would receive three days of out-of-school suspension in addition to the fine and product seizure. Rich believes that “education and diligence on the part of the adults around kids will help kids understand the dangers of vaping.”

Baez says the news of health risks isn’t going to convince him to stop vaping.

“It is safe if you use it in the right way,” Baez said.

His step-dad on the other hand, has started smoking cigarettes again. 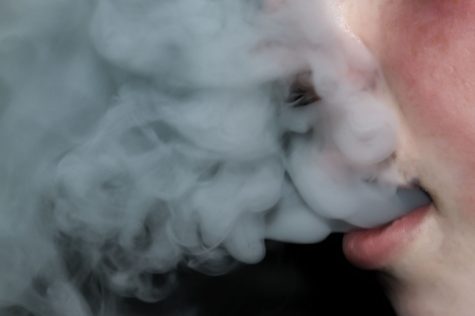 Your donation will support the student journalists of McDowell High School. Your contribution will allow us to purchase equipment and cover our annual website hosting costs.

Thank you for your donation!